The Hope4ouryouth Academy Cup 2021 was designed following one of the Foundation’s front-line objectives which is to catch them young and mentor them into becoming responsive and responsible adults for themselves and the society at large. It may be of one’s interest to know that the very target audience of ours are the same age bracket mesmerizing and abridging tranquility in various communities in Nigeria and Africa with numerous delinquencies occasioned by unimaginable social vices ranging from gambling to high intake of hard-drugs which is gradually adopting our dearly-beloved youths into lunacy. Our recent research portrayed that over 43% of what transpired lately in the aforementioned African communities is as a result of lack of “positive youth engagement programmes”. Hence, the Hope4ouryouth Under-15 Football tournament. This 2021 Academy Cup was meant for Okuku community’s under-15 youths as was slated to run through this yuletide period and in the end, raise an under-15 football team for the foundation. 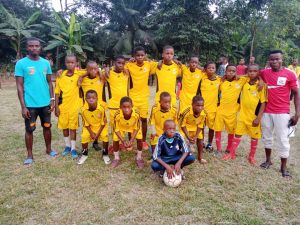 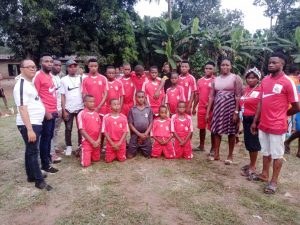 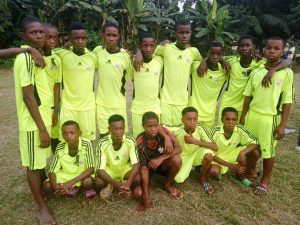 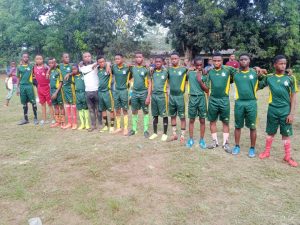 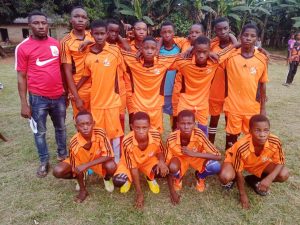 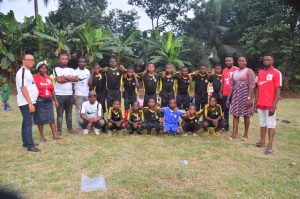 Earlier before now, each of the villages in Okuku Community received her training material in preparation to the aforementioned tournament. Other football kits were made available for each of the teams at the just concluded pre-match briefing/orientation/Prayer prior to the tournament’s kickoff. HRH Eze Pual Unawunwa, Eze Chimere, Eze-Udo II of Okuku Autonomous Community, The President General Okuku (Hon. Martin Daniel Ike), Village Chairmen, Clergies, Major Football Lovers and other Dignitaries were invited to the opening ceremony of the tournament on Saturday, 11th December, 2021 at Anglican church’s Hall, Obogwu Okuku Owerri West Local Government Area of Imo State, Nigeria. Below are cross-sections of the Opening Event. 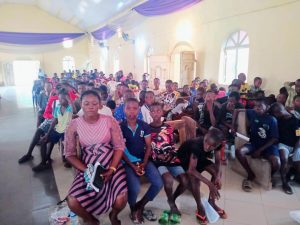 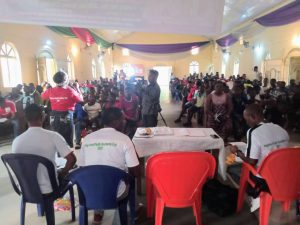 The donor, Hope4ouryouth Foundation as an operational arm of Esorochukwu Foundation is a passionate, youth-led non-Governmental Organization whose primal focus is on Youth Development. The foundation was founded in 2010 with a unified dedication centered on providing highest quality youth-development delivered with Godly passion and sacrifice. This Foundation has many departments one of which is “Games and Sports Department” headed by Mr. Christopher C. Obi as the Photograph below reveals the said Sports director and his team members, alongside the tournament’s officiating team. 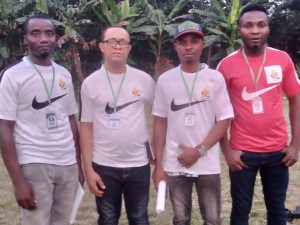 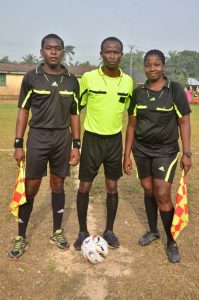 The photographs below are cross sections of a few ongoing football matches of our very beloved teams and the intimidating number of spectator who were getting a commensurate worth of their outing at Uborji Village’s football field. 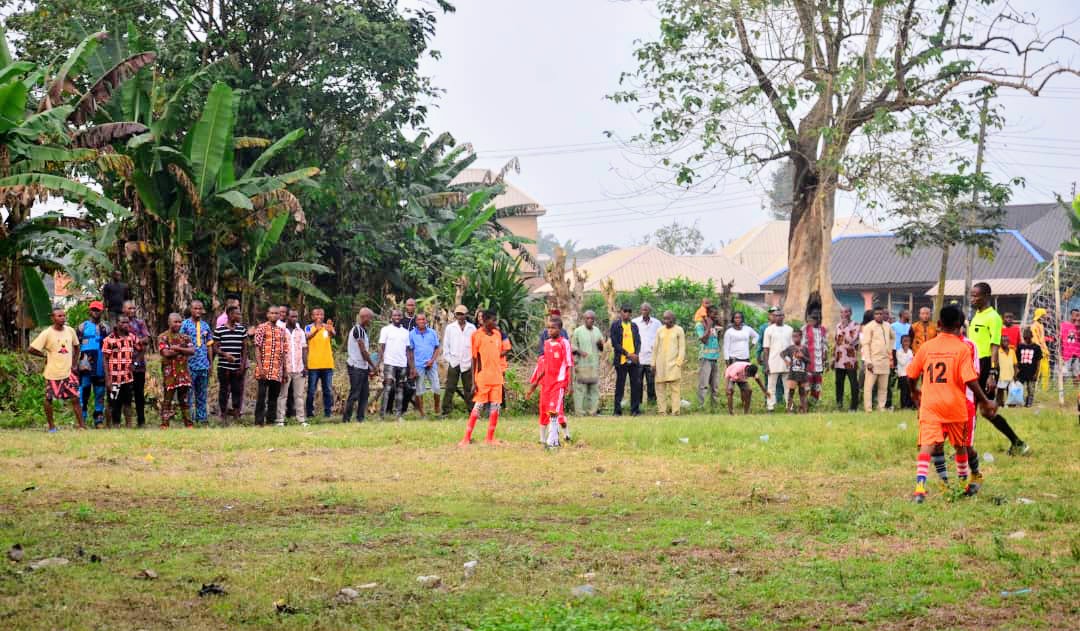 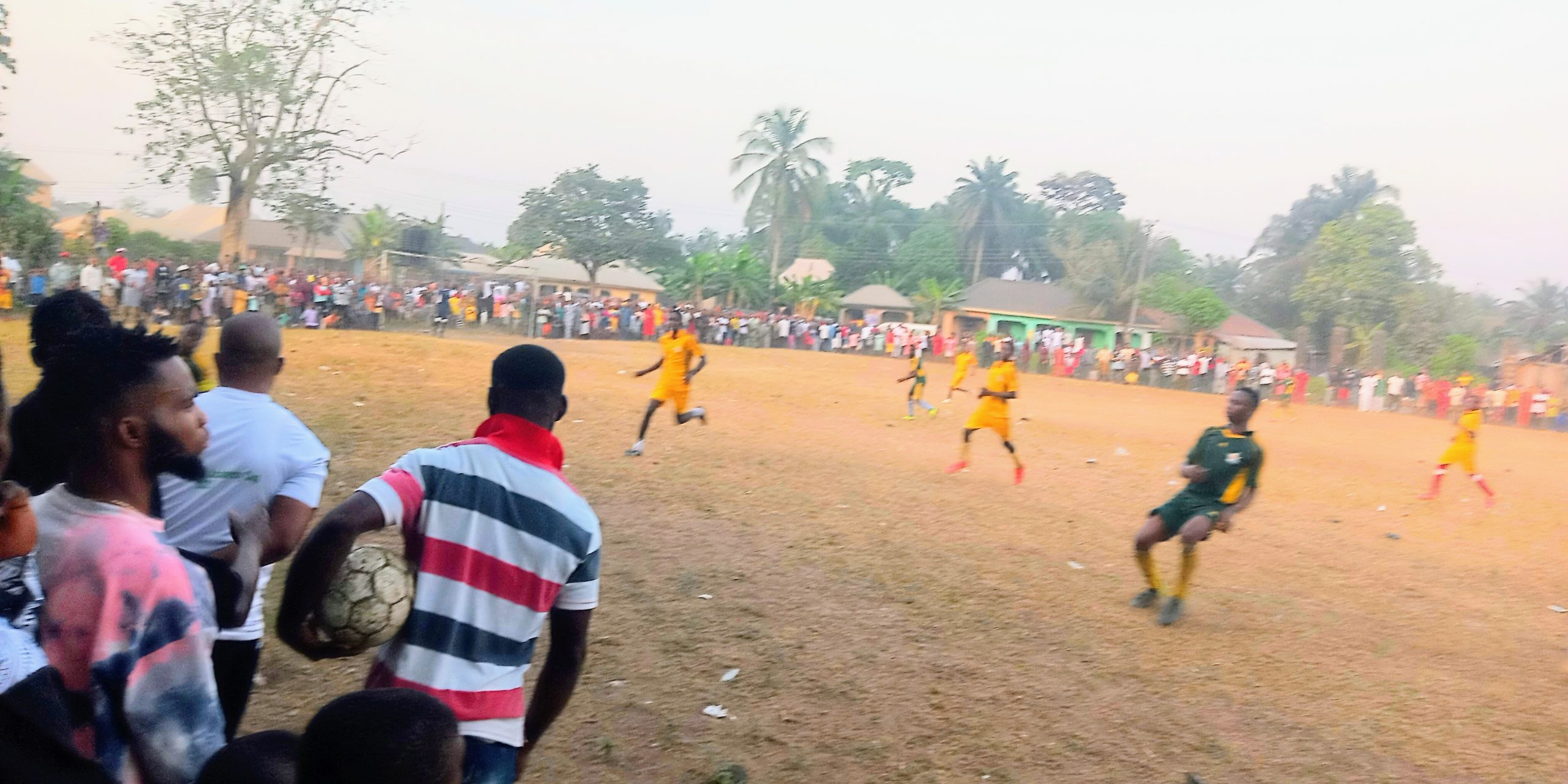 just as the tournament started with prayers, it also ended with a more serious prayer session wherein the players were willing led to God following a brief seminar session the shared the players into controllable unit with our executive members manning the “Purpose discovery and Purpose fulfillment” topic for their personal and spiritual growth. You could recall that one of the reasons the tournament was fostered was to fetch untapped talents and meaningfully engage the youth into actions that will thereafter benefit them, their families, our society and God himself. The player participated actively as photo speaks. 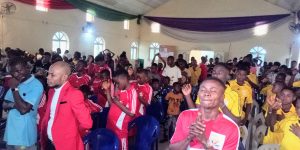 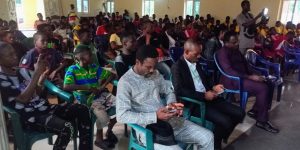 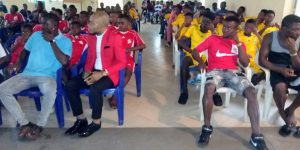 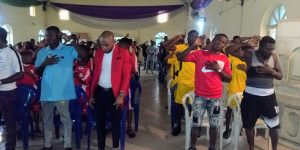 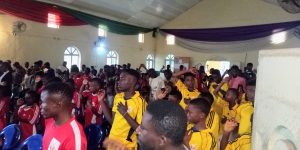 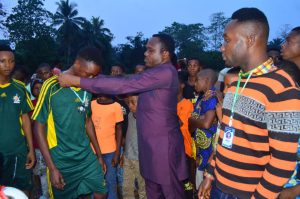 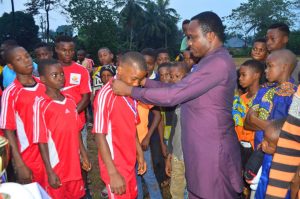 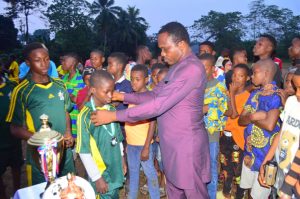 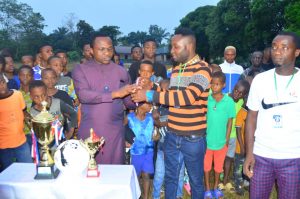 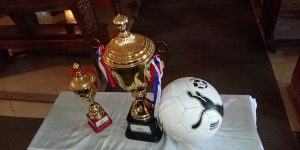 At the end of the football competition, the 2021 under-15 tournament ended in happiness and celebration as Obugwu village’s football team showed their superiority against other teams by emerging the best team of the tournament with her first position. They were after all other protocols, decorated with gold medals and the tournament’s cup. 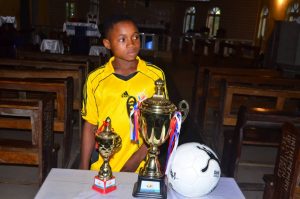 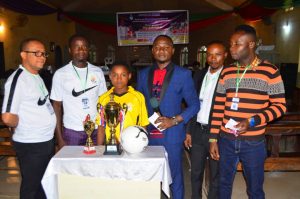 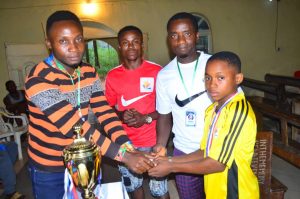 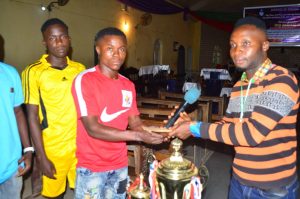 Most respectfully, we appreciate the Almighty God for his mercies before, during and after the tournament. No player broke any bone, neither did anyone secure an injury or fracture which may have questioned the God’s approval and presence throughout the football competition. We sincerely appreciate God for his grace to have successfully come to the end of this tournament, even in a community wherein most of other tournaments were always played half-way as a result of indiscipline among the youths. We also thank the founder of this foundation “Pst. Esorochukwu Phil Obi” for his commitment and financial supply that led to the success we celebrate today. We can’t thank less, the executive members of this foundation, especially, the sports director on whose shoulders the work lied. Finally, we can’t conclude this appreciation without thanking every other person(s) who may have in one way or the other contributed to the success of this tournament…Thanks and God bless you all.